'You think you're better than me?'

I enjoy reading the Captain Awkward blog. It's become my favorite practical, down-to-earth advice column, and it's one of those rare blogs with comment sections that are almost uniformly well-written and enlightening.

Recently CA published a letter from a young woman who didn't drink alcohol, and was tired of having to justify her not-drinking to others at social occasions. (She was not bothered by other people drinking, and did not lecture others on the dangers of The Demon, Drink.) Apparently, some people are offended by what other people bring into their own bodies, and will keep being offended until they get a reasonable-sounding explanation. And this happens repeatedly. 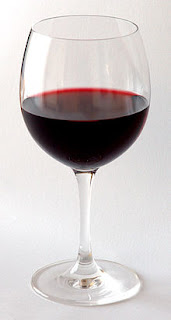 Fun fact: Some people like to drink this. And some people don't. Feel free to talk about which group you belong to and why, but nobody actually has to submit a defense justifying their choice.

So I wonder, why do people take other people's choices personally? I understand that if a bunch of people are drinking and one person doesn't drink alcohol, the abstainer might be in for a little ribbing -- and the level of ribbing that is acceptable depends on the personalities of the people and the nature of the relationships involved. And if a line is crossed, then that person (the ribber) is being an asshole. That's basic just human relations.

But why act offended when you're drinking and someone else isn't (and doesn't think it's necessary to give you an explanation for their abstinence you find acceptable)? I don't get it. Maybe it's a sense that drinking is a group bonding activity and the non-drinker is sabotaging things?

But the problem with that hypothesis is that, as several people point out in the comments, vegetarians get the same sort of crap from people. As 'cloudninja9' writes: 'People are terrible to me sometimes (questioning my patriotism, telling me I have an eating disorder, making fun of me on and off for hours, trying to force me to try it)'. 'Bluecandles' responds: 'I try to avoid telling people I’m vegetarian if possible because I often get a whole bunch of questions to get me to justify it, or look at me as if I’m judging them for their eating meat. I have had people get real touchy about it and look at me suspiciously as they eat their meal. I don’t say anything or care about how they eat, but they take offence all the same.'

First, 'questioning my patriotism'? What the hell?

Second... no, same as the first. I'm an omnivore who occasionally drinks alcohol, and this is one of those times when I am genuinely baffled, both how someone comes to the conclusion that they should treat a person in a certain way, and how they justify it to themselves afterwards. My 'social bonding' theory is inadequate. 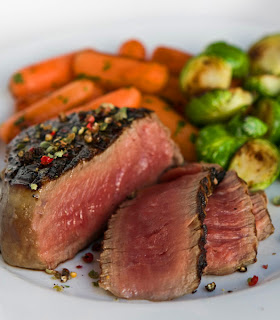 Fun fact: Some people like to eat this. And some people don't. Feel free to talk about which group you belong to and why, but nobody actually has to submit a defense justifying their choice.

Maybe it's because people have a mental image of 'vegetarians' as 'people who go around hectoring others that they shouldn't eat meat and are bad people for doing so'. But I have known many strict vegetarians in my life, and not a single one has tried to 'convert' me to their diet, or implied that I was a bad person for eating meat.

Now, maybe it's the case that 90% of self-described vegetarians want to make meat-eaters feel bad, and it's just plain good luck that I've managed to avoid meeting one. Fine. Let's assume that. If 90% of vegetarians go around judging omnivores, once the words 'I'm a vegetarian' are out of a person's mouth, are the words 'And I think it's JUST DISGUSTING that freaks like YOU eat meat' so inevitable that you're 100% justified in preemptively taking offense?

Several years ago, some journalist (I believe it may have been Gene Weingarten of the Washington Post) in an online chat proposed a theory that I didn't think much of at the time. This journalist was a meat-eater who was troubled by doubts about the moral rightness of eating meat. He suspected that most meat-eaters were similarly troubled, but most of them had taken these doubts and hidden them away behind sturdy psychological walls of prickly defensiveness. These meat-eaters look down on evangelical vegetarians who lecture about the wrongness of being a carnivore. They attribute all sorts of silly stereotypes to these vegetarians, and are happy that by eating meat, at least they're nothing like THOSE people.

So you put one of these prickly meat-eaters on a collision course with a real-life vegetarian, one who has no interest in preaching, and what happens? Their defensive alarms get set off and they become one of those people that 'cloudninja9' and 'bluecandles' describe.

'You're a vegetarian, huh? You think you're better than me?'


When I first read this viewpoint, I thought the journalist was overthinking things, perhaps projecting a bit onto other people. Now, I think he's onto something.

Especially since you could replace 'meat' with 'alcohol' and the theory still holds up. The reason for inwardly doubting the morality of drinking alcohol is different, but everything follows from there in pretty much the same way.

'Don't like drinking, huh? What's your excuse? You don't have one? Fine, go be morally superior somewhere else.'


I don't have any particular advice for the original letter-writer, but I do want to close with the words that the Captain Awkward advice columnist finished with:

Whenever someone behaves like that, I wonder, are they really THAT insecure about what they like? If the people in your life love drinking so much, they can do it without your validation or participation. Someone making a different choice than you would make is not invalidating your choices.


Feel free to replace 'drinking' with 'eating meat'... or anything else, really.

I actually have met one who tried to convert me, quite zealously, to vegetarianism. But just one, out of several vegetarians I know, and she was generally annoying in other ways too.

Your Aunt Susan doesn't drink alcohol because she dislikes the taste. She finally got to telling people that she belongs to AA so they would leave her alone. She says she would like to be a vegetarian but then she gets hungry.