The Public Domain: Enclosing the Commons of the Mind by James Boyle 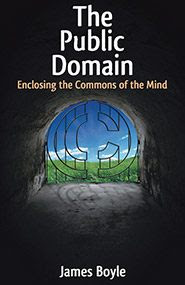 Until around 2007, it never really occurred to me that copyright law was a hot-button issue for more than a handful of people. Oh, I recall reading Spider Robinson's "Melancholy Elephants" years ago, and its "perpetual copyright is bad" lesson stuck with me. But I can't say the issue really entered the forefront of my mind during my adult years. 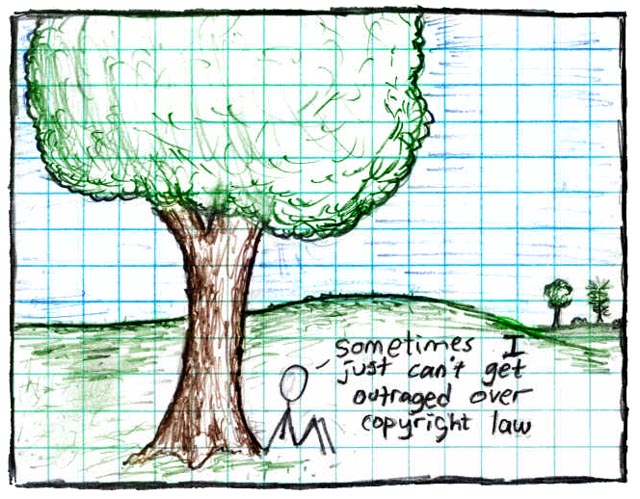 Xkcd cartoon #14, one of the earliest available online. I was going to include it in this post even before I realized Boyle himself mentioned the cartoon on page 245.

In 2007, I began reading Boing Boing religiously; its editors feel quite strongly about abuses of copyright and patent law. That same year I discovered short fiction podcasts, which introduced me to the idea of Creative Commons licenses. Slowly but surely, the concepts surrounding the issue wormed their way into my head.

Boyle's book The Public Domain is an excellent introduction to the issue, one which I'm not going to destroy by badly paraphrasing here. It's true that Boyle doesn't try to be unbiased; his own point of view is clear. But I get the feeling that people who fundamentally disagree with Boyle will want to downplay the contentiousness of the issue ("why, who would deny that artists have a right to keep their work out of the nasty old public domain forever and ever and ever?"), and as such are less likely to write books about the subject.

What sticks with me is Boyle's last chapter, where he speculates that tussles over intellectual property in the last decade bear a similarity to the environmental movement in the 1950s. In that decade there were scattered groups of individuals in the world with strong opinions whom we would label "environmentalists" today, but there was no public awareness of an "environmental movement". So it has been, so far, with proponents of an intellectual commons.
Posted by Brendan at 10:12 PM